← more from
Kwaidan Records
Get fresh music recommendations delivered to your inbox every Friday.
We've updated our Terms of Use. You can review the changes here. 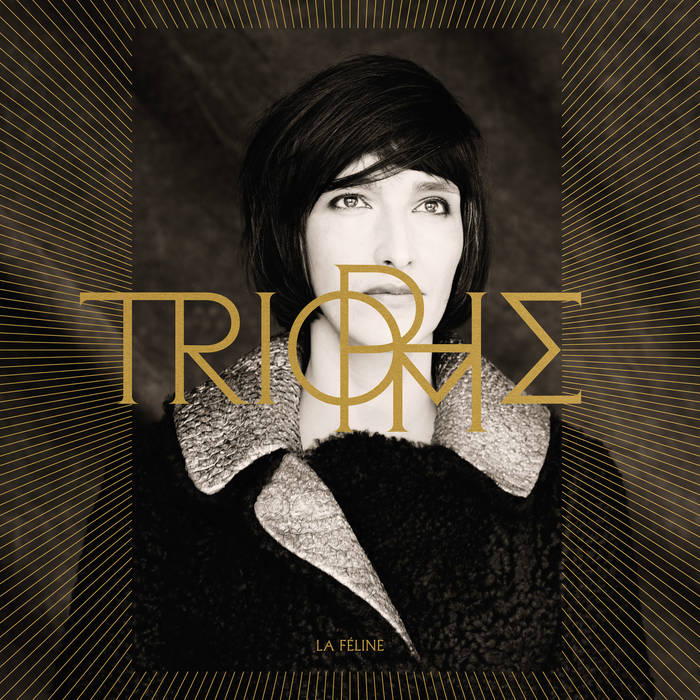 steveinsocal "...2017's Album of the Year... Refusing to rest on her laurels, Agnès Gayraud again conjures the the most stimulating and spellbinding collection of multi-faceted electro-pop inspired compositions which not only challenge preconceptions but demonstrate that English is not the only language of popular music..."

"In a previous life, La Féline was a threesome. Three voices joined as one on a handful of EPs with diverse influences, trying to find their place between musical genres, languages, and experiences, guided by the writing and the luminous vocals of singer and guitarist Agnès Gayraud. Then came Adieu l’enfance in 2014, the first album for which Agnès alone carried the feline fur, and made her mark. A unique voice emerged from the album, giving free reign to obsessions that had had only been hinted at previously. As cathartic as its title implies and entirely sung in French, Adieu l’enfance was also a rebirth with hypnotic new wave sounds, urban climates and introspective lyrics, a place into which the outside world would sometimes crash, in an explosion of broken glass.
As a doctor in philosophy and journalist who writes about other people’s music, Agnès Gayraud could have chosen to intellectualise her work. Instead, she has vowed to an ingenuous imagination in her own songs, as if to better affront the harshness of the world. It’s undoubtedly not by chance that her chosen style is pop – inherently naïve and spontaneous – but she deals with it in a very deep mode. Despite her heartfelt ‘adieu’, there’s still a childlike quality to her voice and her vision, a vision which melts into ours, listen after listen, until they are one. Perhaps the childlike part of her resonates with ours – behind their apparent simplicity, La Féline’s songs awaken surprising echoes in our everyday life and perception of the world. Seeing a wall of graffiti in the Parisian night inevitably brings to mind “Zone” and its video filled with urban scenes with dreamlike
colour. The vision is so strong, it’s difficult to be sure where our imagination starts and hers ends.
This way of looking at the world, both thoughtful and playful, involves marvelling at everything, finding something strange where least expected. While creating her second album, Triomphe, guided by Dionysus, the god of intoxication and lust (while the minimal synthpop of Adieu l’enfance had more Apollonian hints), she started by imagining herself as a ruthless warrior or Miyazaki-like wildling. “Senga”, the first single passes on the flame: in mirror-calm waters, Agnès the feline becomes Senga who talks to wolves, Senga who climbs the trees and knows the secrets of the forest. And we smile while discovering the hidden key to the track, written backwards in its title, like a subtle game of doubles and reflections. Haven’t we all dreamt of being a different version of ourselves, capable of accomplishing everything we ourselves cannot?
Triomphe is like some ambitious place where La Féline transforms the forest into a refuge, the sea into a primordial swamp from which to emerge reborn, and projects herself into a city of Tokyo where nature has reclaimed its rights. In this place we meet Greek gods and spirit animals (“Senga”), talk of renaissances (“Samsara”, “Le Plongeur” — pulled down to the depths by the sound of an octobass), question the place of man in the community (“Le Royaume”, “Comité rouge”). After looking inwards toward the intimate, her songs now open up to others, suggesting a whole unexplored world behind the veil of appearances in the background that we almost dare not lift for fear of going mad, like in Arthur Machen’s short story, The Great God, Pan. Is that not what is happening in the worrying final of the song “Gianni”, that sounds like a descent into hell, or in the liberating crescendo of “Royaume” where flutes and saxophones mix their strident sounds together in one ecstatic celebration?
Behind this ambiguous title and sleeve with its mystic look, the atmospheres are profound and sensual, the colours warm and the grooves sinuous. Between the lines pierces an imagination that has been nourished as much by movies as mangas, as much by ancient myths as popular archetypes. In the eyes of La Féline, the world exists in a half light, with fantastical colours, a place where opposites seek each other, seek balance. Here, the purity of expression is intense. Here, the savagery is sweet."
Mélanie Fazi

Bandcamp Daily  your guide to the world of Bandcamp

Frayle's Gwyn Strang and Sean Bilovecky join the show to talk about their cathartic new album.